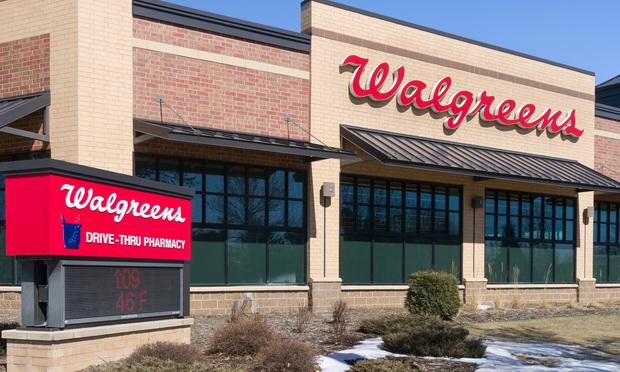 July was a busy month for the Walgreens Boots Alliance. On Tuesday, July 7, 2020, the company announced a $ 1.0 billion investment in VillageMD, which would have been big news on its own. However, they also said that as part of the investment, Walgreens will open 500 to 700 clinics with medical staff at their locations in 30 markets over the next five years.

Two days later, the Walgreens Boots Alliance announced its results for the third quarter of 2020, which hit the headlines of significant negative operating results due to COVID-19. These two announcements were notable in that they go beyond the implications for Walgreens and have far-reaching implications for the retail and net rental market. Here we examine how the partnership with VillageMD, coupled with the company's latest earnings report, may affect commercial real estate investors.

The financial results announced by Walgreens a few weeks ago included a profound impact from COVID-19 that resulted in negative operating income of $ 700-750 million. The business impact was not due to fewer shoppers coming into their stores or less sales, which would normally be the cause. Rather, most of the financial success has been a by-product of customers buying lower margin purchases and a slowdown in prescription drug sales growth.

Walgreens financial data shows that COVID-19 has temporarily changed consumer behavior. What is more interesting, however, is that the effects are felt over the long term. "We … believe that there is a high likelihood that certain aspects of customer behavior will change permanently," Walgreens said on his recent conference call on the results. Such a comment is quite noticeable while the market is still measuring the impact of the pandemic.

In response to their latest earnings report, it is clear that Walgreens will continue its cost-cutting initiatives aggressively in recent years. "We are also accelerating our transformation cost management program, which has a strong focus on controlling and reducing costs," said Walgreens. "It's even more important now. Investing the savings to drive future growth is one of our top priorities."

Walgreens continued, “We are increasing our savings target to over $ 2.0 billion in annual cost savings by fiscal 2022, driven by continued momentum and better visibility into savings. Our store closure program is largely on track. "

While it's no secret that Walgreens is one of the many retailers closing strategically badly performing stores, current landlords and the overall net rental market will obviously be keeping this statement in mind as they consider what this will do for Walgreens' future estimates of occupancy costs and rents could mean.

Walgreens' announcement of the $ 1.0 billion investment in VillageMD, which valued the startup at $ 3.3 billion, was arguably more important than the latest fiscal quarter numbers. Walgreens aims to equip up to 700 stores in 30 markets with doctor-staffed VillageMD primary care clinics over the next five years. This move enables Walgreens to compete aggressively with its main competitor CVS Pharmacy and potentially lead the market in the “doc-in-a-box” segment, further cementing the merger of retail and medicine.

"Our goal is to provide an integrated model for primary care and pharmacy that leads to better health outcomes, lowers costs and provides a differentiated patient experience to the communities where we operate," Walgreens said in a statement. "These doctor-run clinics at Walgreens Pharmacies will provide comprehensive primary care services and focus on building relationships with patients to help manage their long-term conditions."

After the initial rollout period of five years, Walgreens stated that in a second phase another hundred clinics could be built in 20 additional US markets. But physical growth isn't the only focus. "It is very important that we develop inter-house surveillance and telemedicine services beyond the physical locations and use the integrated data and technologies of VillageMD under our own Find Care platform," announced Walgreens. “We remain convinced that our branches are excellently placed as forward distribution centers and in communities. And we're investing now to ensure that people – increasingly – are switching to omnichannel avenues to get their goods and services, including healthcare. We are absolutely convinced that our investment strategy will be implemented strongly in the years to come. "

Effects on the Net Lease Marketplace

Both Walgreens and CVS Pharmacy have seen mounting headwinds in their core pharmacy businesses in recent years as trends have changed and the threat of new competitors has increased, including Amazon's recent acquisition of PillPack. However, Walgreens' partnership with VillageMD goes a step further than CVS Pharmacy's HealthHUB initiative, 1,500 of which were announced a year ago and which relies on a care concierge to direct customers to providers such as nurses and medical care. Walgreens has increased its stake in developing the pharmacy / medical business and will offer a much "stickier" tenant especially for the net rental segment.

From a valuation perspective, this development, coupled with CVS Pharmacy's HealthHUB, could represent the emergence of a new net leasing segment called "Medi-Tail" – a unique merger of retail and medical technology that enables tenants in the new paradigm of online -Retail world. It is very likely that such assets and expanded locations will represent a significant premium over traditional locations and will be in great demand by investors as protection against a changing retail landscape.

Web Lease Buyers Come Off the Sidelines and Flock to Certain-Guess...

These Actual Property Sectors are Most at Danger of Obsolescence from...

Why Deferred Lease is No Answer to the Disaster in Retail