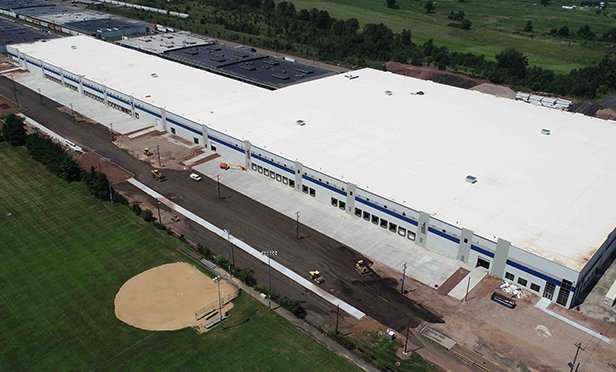 Trading brokerage firm CBRE states in its latest market report on the industrial sector in Garden State that the market continues to see rents rise. Transactions are approaching $ 13.00 per square foot in Northern New Jersey and $ 10.50 per square foot in Central New Jersey, well above average supply rates.

In the second quarter, average asking rental rates hit record highs, reaching $ 7.39 per square foot. That was an increase of about 2% over the first quarter and the fifth quarter over the last six when the rate indicated growth over the previous quarter, reports CBRE.

CBRE notes that these asking prices are misleading as the majority of the newer products are offered with no published asking rent. Against this background, CBRE assumes that the spread between average asking rents and actual rental prices will continue to widen.

The overall market saw its availability rate decrease 20 basis points quarter over quarter to 6.2% – the lowest rate in the New Jersey industrial market since the first quarter of 2005.

Of all leasing activity in the second quarter, more than 4.5 million square feet – or two-thirds of all deals – were in central New Jersey. Nine of the ten largest leases of the quarter were in the Central New Jersey market, all in the Exit 8A submarket. The high demand at Exit 8A has provided practically little to no existing quality space, and the resulting shortage has led some users to create space to hedge against future needs, the report said.

The second quarter ended with seven additional buildings that brought new industrial space to the market. Another sign of strength was that 45% of the new product was pre-let upon delivery.

"With market fundamentals remaining incredibly strong despite volatility, the New Jersey industrial market continued to break records with higher asking rents and very low availability for quality products," said Mindy Lissner, EVP, CBRE. "With New Jersey's central location at the epicenter of the northeastern distribution corridor and strong demand from e-commerce and logistics users, the market is poised to remain robust for the foreseeable future."

In the second quarter, third-party logistics companies had a dominant 41% share of the new rental contracts on the market. Major leases included a 611,320 square foot renovation by Geodis Logistics at 1 Costco Way in Monroe Township; a 382,596 square meter new lease from Corbion at 700 Union Boulevard in Totowa; and a 333,059 square meter renovation by Menlo Logistics at 24 Englehard Drive in Monroe Township.

Realtors® to “Rise and Shine” Throughout Annual REALTORS® Convention & Expo...

Daralyn Durie, Who Simply Gained Her Third Trial in 5 Months,...