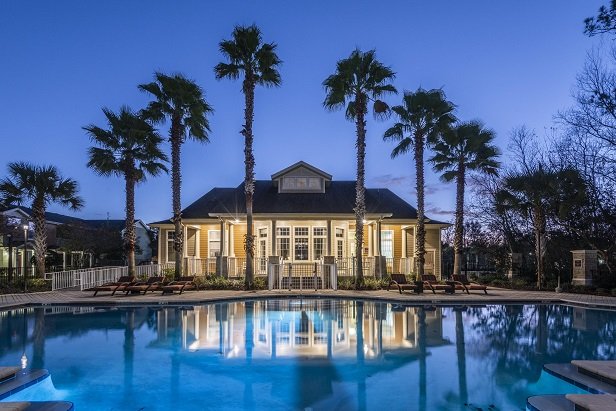 The Kensley Apartment Homes, a 300-unit, value-added apartment in West Jacksonville, traded for $ 47 million. The New York-based Collins Group acquired the property, which is located at the intersection of Interstate 295 and Collins Road. The seller of was a fund managed by DRA Advisors in New York.

Cliff Taylor and Joe Ayers of CBRE represented the seller on the transaction.

According to Taylor, West Jacksonville was among the fastest growing submarkets in the city after the new interchange on Collins Road and I-295 Beltway opened as rents began to rise rapidly.

"The creation of a new access point, followed by new retail services like Costco, served to create a dynamic rental bag that residents want to live in," he said in prepared remarks.

Built in 2004, the property is a mix of one, two, and three bedroom studios and floor plans with 9-foot ceilings. Communal facilities include a swimming pool, sundeck, dog park, fitness center, clubhouse and coffee bar.