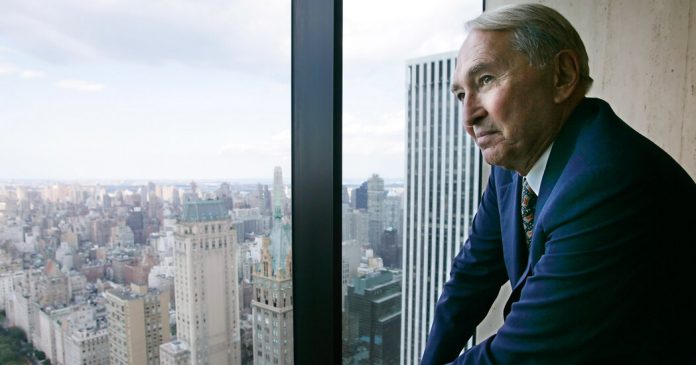 Although he didn't advertise that he didn't do himself, he was often in the news announcing a project or one of his 200 lawsuits against rivals, renters, banks, or even friends, often for reasons he lost. Like it or not, he was a New York real estate mogul along with Donald J. Trump, the Fisher brothers, Lewis Rudin, Leonard Litwin, the Milstein family, Bernard H. Mendik, Larry Silverstein, and Harry B. Helmsley.

While leaving New York University in the 1950s, Mr. Solow, who was self-taught in appreciating the visual arts, gathered one of the city's notable private collections of Renaissance and modern art, including works by van Gogh, Joan Miró, and Jean-Michel Basquiat , Balthus, Picasso, Matisse, Botticelli, Giacometti, Morris Louis and Mark Rothko, as well as Egyptian antiquities and African art.

Philippe de Montebello, the former director of the Metropolitan Museum of Art, described Mr Solow's collection as versatile and prestigious. Its astronomical value was difficult to calculate. Like many aspects of his life, his art was a source of controversy. Crains New York Business reported in 2018 that its art was held by a nonprofit museum that received tax breaks even though it wasn't open to the public.

Sometimes his advertising was pretty positive. In 1984, Mr. Solow built a series of eleven interconnected five-story single-family homes on East 67th Street in Manhattan between Second and Third Avenues. They all had elevators and shared a private communal garden in the background. It was a creation rarely seen in Manhattan since the 19th century.