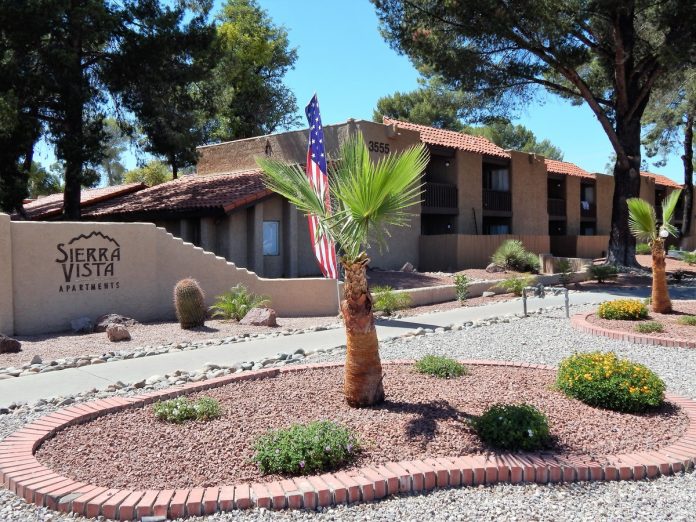 TUCSON, AZ – Tower 16 Capital Partners, based in San Diego, has partnered with Drake Real Estate Partners to acquire Sierra Vista Apartments, a 258-unit apartment building in Tucson, Arizona. The property was acquired from a private seller outside the market transaction.

"We are excited to enter the Tucson market with the acquisition of Sierra Vista Apartments," said Mike Farley, Co-Founder of Tower 16. "The project is well positioned to capitalize on the growing demand for apartments in Tucson, especially after we have completed the renovation of the property. "

Since its inception in 2017, Tower 16 has taken similar moves in markets across the west, acquiring over 4,000 units in California, Las Vegas, Phoenix and Denver. The company looks for markets of increasing demand for housing for workers, driven by job growth and immigration, but with relatively little new supply. According to company executives, Tower 16 intends to build a portfolio of over 1,000 units in the Tucson market.

The Sierra Vista Apartments are located at 3535 N. First Avenue in Tucson, Arizona. The property is minutes from I-10 and ten minutes from downtown Tucson and the University of Arizona campus. The community consists of one, two, and three bedroom apartments with a large clubhouse, gym, and two swimming pools. Tower 16 will oversee upgrades and renovations to the property worth nearly $ 4 million, including modernized unit upgrades, a new clubhouse, gym and updated pool areas. The company will also add outdoor facilities such as BBQ areas, seating and outdoor play areas.

Tower 16 had partnered with Drake Real Estate Partners in the acquisition of Sierra Vista, the first such joint venture between the two companies. Northmarq real estate agents Jesse Hudson, William Hahn and Trevor Kosovitch represented both the buyer and seller in the transaction. Northmarq's Brian Mummaw coordinated the debt financing for the buyer.

What $2.2 Million Purchase You in California