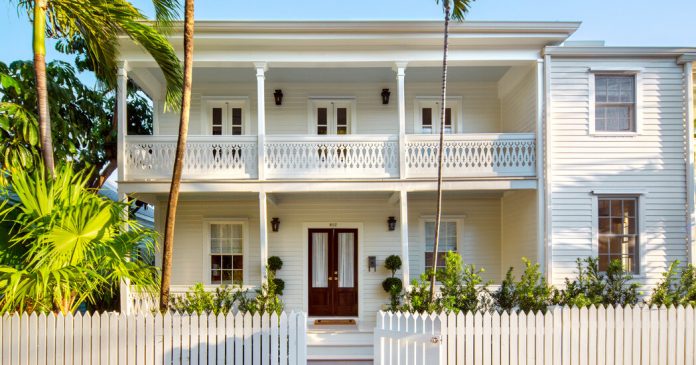 Known as the Wyckoff-Bennett-Mont house and listed on the National Register of Historic Places, this property is one of the few Dutch colonial farmhouses in Brooklyn that remains privately owned. Only three families have owned it since it was built by Hendrick H. Wyckoff before the Revolutionary War to anchor a 100 acre farm in what is now the Madison neighborhood of south Brooklyn.

Cornelius W. Bennett bought the homestead in 1835 and his descendants stayed there until 1982. In a 2010 New York Times story, it was found that his great-great-granddaughter, Gertrude Ryder Bennett, who was born in 1901, had two books on the Haus wrote. She recalled "seeing horse races on Ocean Parkway, attending the Canarsie Indians, and growing up in the kerosene light" because "her grandmother feared both new gas and electricity." (The house now has this comfort as well as central heating and air conditioning.)

In 1983, Annette and Stuart Mont paid $ 160,000 for the house and all its contents accrued from previous owners, which included antique furniture, quilts, toys, tools, and historical documents. After her death, it is owned by her children and sold with lots of furniture and artifacts.

The house is in park-like grounds on the corner of East 22nd Street and P Avenue, near the intersection with Kings Highway. At the turn of the 20th century, in order to meet the requirements of a planned street grille, it was turned 90 degrees clockwise to the west and its foundation was excavated to create a large, brick-lined basement. Dormer windows and the pillar porch were also added.

Inside: Original wide board floors, sliding windows and fittings have been preserved for centuries, as has the cladding, which was described as "museum quality" in the application for preservation of the historical state of preservation.

A belt-hinged Dutch door with two blue-green direct hits opens onto a hallway with 250 year old floorboards. The right and left salons are symmetrically arranged, each with two front-facing windows and a vaulted, paneled cupboard on one or both sides of a non-functioning fireplace. (The firebox of the south salon is surrounded by original Dutch tiles.) Each salon is connected by two windows facing the rear.

Hearth Island Society Goals to Protect the Historical past of the...