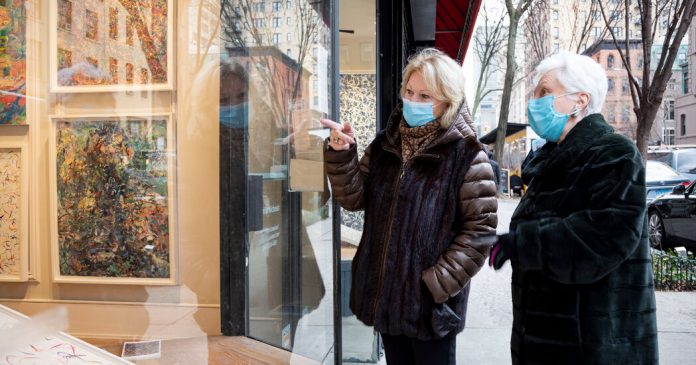 "You live here, right?" asked a man at a table nearby, an attentive roommate, it turned out.

Mrs. Cheek thought of all the work she had to do. She thought about how much she didn't want to talk right now. She weighed these things against the fact that she didn't know anyone in town, that the pandemic wasn't really working in her favor.

She allowed the stranger to join her, but "I told him he had to sit six feet away – and we've been big buds ever since," said Ms. Cheek. "We spend at least two hours a day talking to each other."

Who would have thought that? Certainly not Ms. Cheek, who is a Democrat, while her new boyfriend, Chris Millay, 56, who works in IT for the army, is a Trump supporter. She is a city person. he's anything but Then there's this: she's a Kentucky Wildcats fan; It's rooted in its longtime rival, the Louisville Cardinals.

"There's reason enough not to be friends with anyone here," said Ms. Cheek. "It's crazy that I got so close to this man. I met his dog, I met his ex-wife. We shared things with each other that we didn't share with other people." Approval carried out outdoors.

Ms. Cheek believes she made Mr. Millay appreciate the value of masks. Mr. Millay has since made Ms. Cheek reassess her criteria for friendship. Sometimes she even puts on a Louisville hat when the two of them watch soccer games.

"Without the pandemic, I would never have known him," said Ms. Cheek. "But now I really love him and I don't think I can shake him when it's all over."