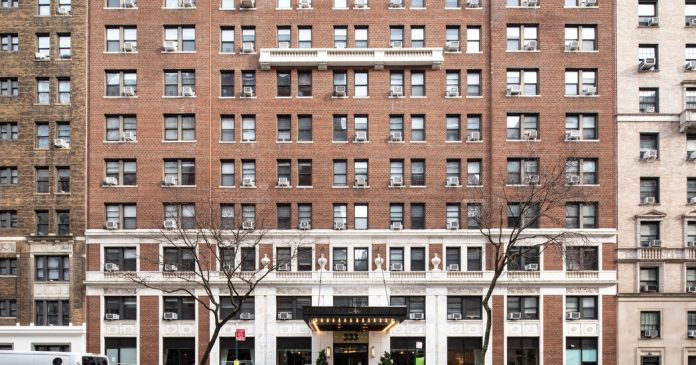 "Some operators use this as a competitive advantage to attract people and it is compelling," said Ms. Mace, adding that the practice is not widespread. "Their world-class operators strive to be the safest place you can be as a senior."

Officials from older senior communities say they are already seeing renewed interest. "We've had a staggering increase in people considering senior living," said Julie Masiello, a spokeswoman for Brightview Senior Living, which owns and operates 45 communities on the east coast, including New York, Connecticut and New Jersey. The vaccine, she added, changed the game.

"The isolation was really tough for people who stayed in their homes," she said. "Now, hoping for the vaccine, people look at it and say, 'OK, I'm ready to take this step. "

Like Atria, Brightview is making the vaccine available to residents who are moving in. Each Brightview location has three clinics planned from January through early March, operated by either Walgreens or CVS, to help residents who move in after the last vaccination.

By early February, 43 percent of Brightview residents had received their first shot. And some locations, like the one in Warren, New Jersey, already had a second clinic, which means many residents received both doses of the vaccine. “People are just dizzy. Dizzy and emotional at the same time. It is really amazing, ”said Ms. Masiello.

About 90 percent of Atria communities had held their first vaccination clinics in early February. Given the pace of vaccinations, some senior communities could operate inside a vaccinated bladder for the next several months. "We are very excited about this post-Covid world," said Moore.

At Brightview Warren, residents are still required to wear masks, maintain a social distance of six feet, and follow other Covid safety guidelines. However, when they dine at the facility's restaurant or take part in activities like happy hour, TED talks, or cooking demonstrations, it is them in a community that will soon be largely vaccinated.

Ms. Masiello said: "This is the light at the end of the pandemic tunnel."