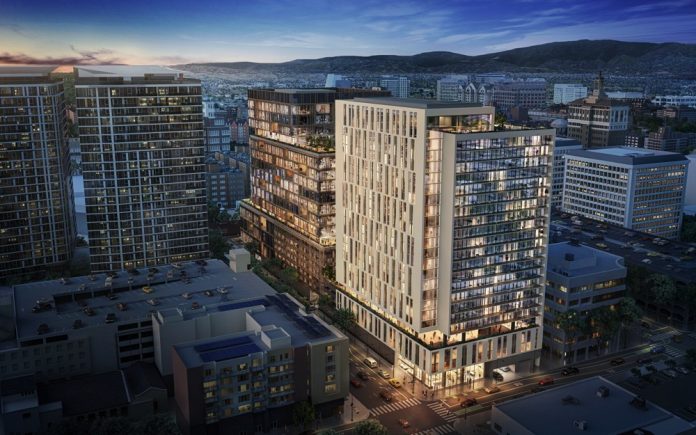 SAN JOSE, CA – Urban Catalyst, Silicon Valley's leading opportunity zone fund, announced that it has launched its second real estate fund. This fund will include the Icon / Echo project, which when completed will provide more than 300 multi-family rental units and 420,000 square feet of office space to downtown San Jose.

With the establishment of Fund II, Urban Catalyst will continue to play an important role in alleviating the real estate crisis in Silicon Valley while driving economic development. Icon / Echo is located in the heart of downtown San Jose on Fourth Street and Santa Clara Street, just a few meters from the future BART (Bay Area Rapid Transit) station. It's also just yards away, in close proximity to City Hall and San Jose State University.

"This project is ideally located in downtown San Jose on the main drag next to a local transit station," said Erik Hayden, founder of Urban Catalyst. "We use some of the best architects in the country to design a beautiful building that offers fantastic functionality to our future tenants."

The launch of Fund II follows the closure of the successful Fund I by Urban Catalyst in 2020, which raised $ 131 million. Fund II aims to raise $ 200 million and is open to investors through December 24, 2024.

Retail Bankruptcies Stacking Up, And For Some That Would possibly Not...

Making the Most of Their Terrace