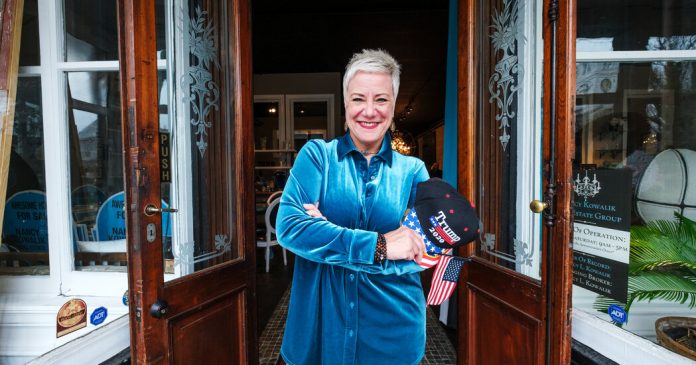 Charlie Oppler, president of the National Association of Realtors, issued a statement on Jan. 6 condemning the attack on the Capitol. However, no formal action was taken against the agents involved in the siege. When asked about the position of the trade association, Wesley Shaw, a spokesman for the association, replied that the organization was closely monitoring the legal proceedings associated with the violation and was "obliged to take whatever action it deems appropriate and in the best interests of our association" but the decisions about the qualification of membership have been postponed to the local associations of the group.

With 1.4 million members, the association is the largest trading organization in the country and represents about half of all licensed real estate agents in the United States. Far from avoiding politics, the organization's Realtor Political Action Committee is the largest PAC operated on behalf of a trade association in the United States, Shaw said, giving nearly $ 4 million annually to political candidates on both sides of the Ganges, the Real support estate interests. The association encourages members to get involved in their communities and to speak up on issues related to housing and property rights. But some may have become too open.

In a year of political and social unrest, the association has grappled with a wave of social media discourse that became so inflammatory that the association updated its code of ethics last November and banned any discriminatory behavior by its members.

After George Floyd's death by Minneapolis police last May and subsequent protests, brokerage associations across the country were inundated with complaints about agents posting racist and sexist messages on their social media websites.

Jennifer Pino, then president of the Atlanta Realtors Association, called for this activity last June and wrote to the national association: “We cannot continue to allow the Realtor brand to be damaged by these few hateful people. That has to be stopped. "

"Brokers were outwardly discriminatory on social media while allegedly obeying the fair living rules," said Ms. Pino, 49, a managing broker in the Buckhead office of Sotheby's International Realty. "If you're having an open house and you've expressed real hatred against a protected class on social media, how could you possibly treat these people fairly?"

Over the next few months, the association held numerous internal meetings and online forums asking for input on the amendment to the Code. In October, Matt Difanis, an Illinois realtor who was then chairman of the organization's professional standards committee, posted a video on YouTube showing agents posting examples of what he called "the mountain of hate speech." The sample included messages such as "I think black people bring out the worst in us" and "Scripture says that homosexuals and lesbians are killers."

Houses That Bought for Round $1.three Million