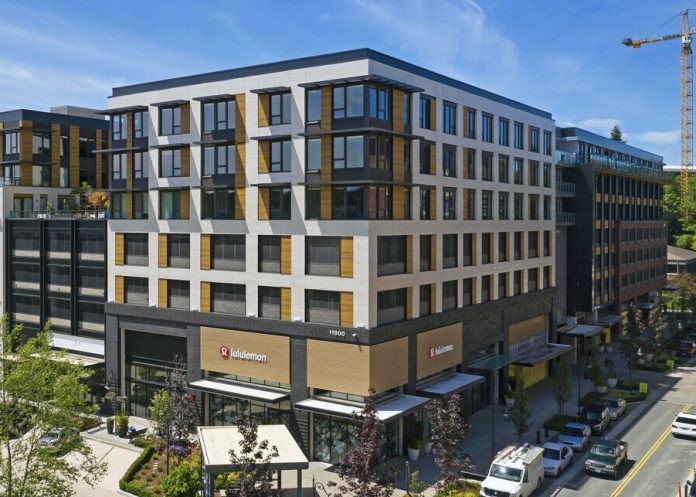 SEATTLE, WA – Bell Partners Inc., a leading US home investment and management company, has acquired Aura Totem Lake, a 202-unit community in the Kirkland suburb of Seattle. The property, the first acquisition on behalf of the recently announced Bell Core Fund I vehicle, will be renamed Bell Totem Lake and is the fourth property Bell Partners currently owns or manages in Washington State.

Built in 2020, Bell Totem Lake is at the crossroads of dining, shopping, and entertainment including Whole Foods, Trader Joe & # 39; s, the Cinemark Theater, Lululemon, and other boutique apparel and grocery retailers. For outdoor recreation, the city of Kirkland has more water parks and beaches than any other city in the Puget Sound region.

Bellevue, Redmond and Kirkland, known as the "Innovation Triangle," formed a coalition to promote economic development on the East Side, home to 3,700 technology companies and 135,000 technology-related jobs. The property is located directly on I-405 and offers residents easy access to employment offices that are anchored by Amazon, Microsoft, Facebook and Google.

The acquisition represents the fourth Bell Partners-owned community in the greater Seattle area and another expansion of the company's presence on the west coast. Including Bell Totem Lake, Bell Partners owns and / or manages over 1,846 residential units in 10 properties in the West Coast markets including Seattle, the Bay Area and Los Angeles.

"Greater Seattle is consistently one of the fastest growing economies in the country. Kirkland in particular has become one of the most sought-after places to live and work in recent years – a trend that we expect to accelerate in the near future," said Nickolay Bochilo , EVP of Investments at Bell Partners. "The rapid expansion of large tech companies on the east side of Seattle has cemented the region's reputation as an emerging technology hub. This strong labor market has attracted a skilled workforce and a large millennial population. Bell Totem Lake is well positioned to have stable and stable experiences with growing demand of current and future residents. "