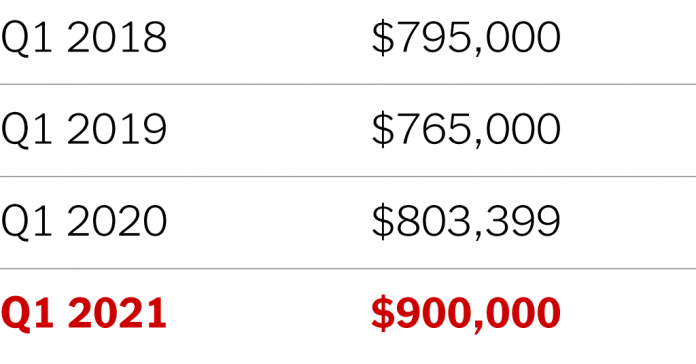 Politicians who have no contact with their constituencies – that is a recurring theme. When re-elected in 1992, President George H.W. Bush expressed disbelief over a conventional supermarket scanner. Fifteen years later, when Rudolph Giuliani was fighting for president in Alabama, he dramatically underestimated the cost of a gallon of milk and a loaf of bread.

It happened again earlier this month when several New York mayoral candidates responded to a question from the New York Times editor: Do you know the median sales price for a Brooklyn home?

Many were far from the goal.

Those answers would have been closer to reality when Mr. Bush was still Vice President under Ronald Reagan in the 1980s. In fact, as early as 2003, the median sales price in Brooklyn was three times higher than those estimates, or about $ 300,000. Since then, it has tripled back to $ 900,000, even after falling after the recession between 2009 and 2012. (Of the candidates who answered the Times' question, only Andrew Yang guessed correctly, as did Scott M. Stringer, the city administrator, who guessed $ 1 million.)

We apologize to those who've listened to our coverage of the New York real estate market or to anyone who has been looking for a house in the city over the past decade or two – the steep rise in Brooklyn house prices is not news. For the contestant or anyone else who may need a cheat sheet, this week's graph shows 18 year median sales prices in the first quarter in the community. The data comes from Miller Samuel, the valuation company.