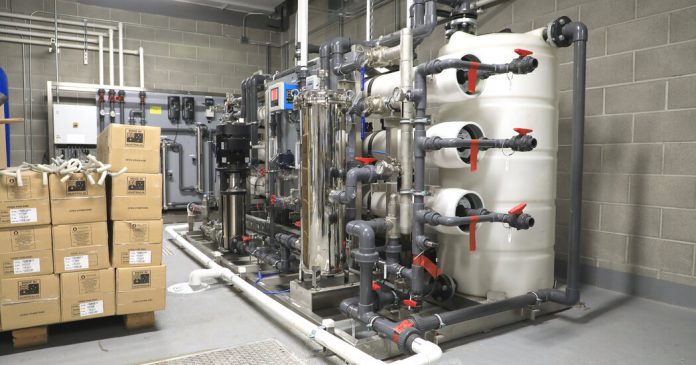 San Francisco is at the forefront of water conservation. A regulation from 2012 set standards for reuse and was updated in 2015 to require new buildings over 250,000 square meters to collect, treat and use gray water, a term for sewage minus toilet waste.

Rafael Mandelman, a member of the city's board of directors, has proposed doubling the amount of water new buildings must collect and reuse, including buildings 100,000 square feet or more.

Analysis in Austin, Texas, predicted the number of water customers in the fast-growing state capital would quadruple in 100 years. To meet some of this demand, the city is incentivizing developers to install reuse systems and plans to eventually make them compulsory.

"Bringing their own water to the table, so to speak, is a paradigm shift for building owners," said Katherine Jashinski, a senior engineer for Austin who focuses on on-site water reuse programs. "Companies moving here from California are interested in sustainability and want to ensure a safe water supply."

Cutting-edge examples include even more resource and energy savings. In San Francisco, a system Epic Cleantec will install in a planned 55-story mixed area called 10SVN will not only recycle black water and save an estimated $ 12 million in the first decade, but also solids in the waste stream in organic soil. It will even recover the thermal energy from the wastewater and reuse it.

"Wastewater isn't really waste," said Epic Cleantec's Mr. Tartakovsky. "It's clean water, it's organic matter, it's nutrients, it's energy that we can redistribute, which ultimately doesn't lead to any waste."

What Will Occur to All of the Empty Workplace Buildings and...

Houses That Offered for Round $1.5 Million

The Actual Property Collapse of 2020

My Neighbor Received’t Shovel the Snow. How Do I Make Him?