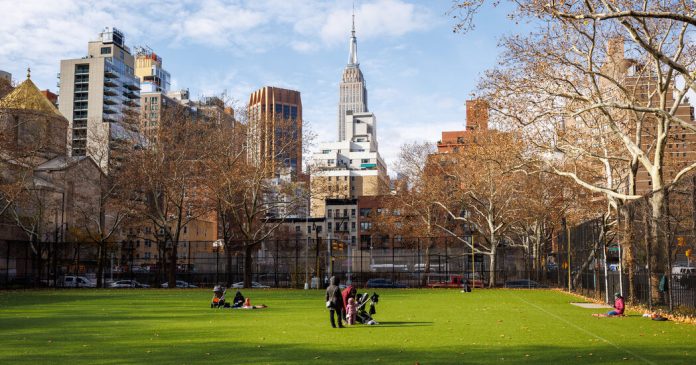 Murray Hill's vibe can depend on which part of the neighborhood you are exploring. The “very lively restaurant and bar scene”, for example, continues to make the area “a center for young professionals” and “young families,” said Athayde.

Its shiny towers give it a modern feel. In contrast, the tree-lined side streets of the Historic District conjure up – two areas roughly between the 35 best residential neighborhoods in town. And the East River Esplanade, just off Franklin D. Roosevelt Drive from 38th to 41st Streets, has recently undergone a recent renovation with added amenities for the waterfront pier.

With its diverse elements, Murray Hill retains longtime residents like Lillian Seidman Davis, a financial advisor who has lived there for about 30 years. She has owned a two-room apartment in a brownstone since 2000. “It's such a wonderful area,” said Ms. Davis, a pickle ball enthusiast who loves to watch games in the local St. Vartan Park and a cyclist who uses Citi bikes around town with her husband. "You can move anywhere from Murray Hill," she said. "Nothing is too far."

Neighborhood schools include P.S. 281 The River School, 425 East 35th Street, with 459 students from preschool through fifth grade. In 2018-19 – the last year for which numbers are available – 80 percent of students met state standards in English, compared to 48 percent across the metropolitan area; 85 percent met the math standards, compared to 50 percent citywide.

PS 116 Mary Lindley Murray, 210 East 33rd Street, has 410 students, also from preschool through fifth grade. In 2018-19, 71 percent of them met government standards in English and 67 percent met standards in math. Middle school students in grades 6 through 8 are eligible for J.H.S. 104 Simon Baruch. The school at 330 East 21st Street has 1,017 students. In 2018-19, 76 percent of students met standards in English, compared to 47 percent across the city; 77 percent met state math standards, compared to 41 percent citywide.

Bucking the Pandemic, Austin Is ‘the Hottest Market within the Nation’