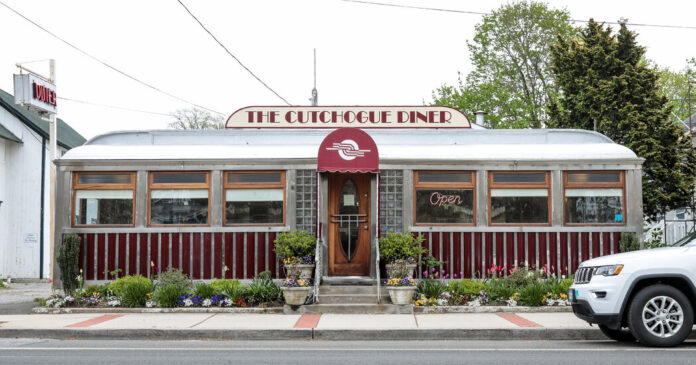 The North Fork of Long Island unfurls eastward from Riverhead for 30 miles, with each hamlet marked by signs on the two thoroughfares, Routes 48 and 25. Travelers get little more than a glimpse as they pass by: a modest retail strip, a garden center, a steepled white church, a red brick schoolhouse, a fire station.

In between, there are vineyards, sod farms, farm stands, marinas. It takes some exploring to discover the lure, landscape and character of each place.

Cutchogue, a hamlet of roughly 10 square miles in the town of Southold, with a population of about 3,200, is perhaps most emblematic of the real estate feeding frenzy of the past decade, which has only been heightened by the Covid-19 pandemic. Its draws: walkable beaches; rolling farmland; waterfront properties on Peconic Bay, Long Island Sound and many creeks and inlets; low-key restaurants and shops offering locally harvested food; good schools; and a retirement community.

But buying a house on the North Fork has never been harder. “There are 70 homes on the market from Laurel to Orient,” said Thomas McCloskey, an agent with Douglas Elliman Real Estate. “Five years ago there were 300. We’ve got 10 to 12 percent of the inventory we had 10 or 11 years ago.”

Cutchogue’s relative proximity to New York City — depending on traffic, the drive can take less than two hours — has attracted buyers looking for a weekend home. Affordable housing — there isn’t much, and plans to build more are embattled — and land preservation are the issues that make headlines most often in the local newspaper, The Suffolk Times. The dearth of lower-priced housing has meant that the most recent generations of longtime Cutchogue residents have been priced out. Nancy Cervelli, an agent with Daniel Gale Sotheby’s International Realty, was recently involved in the sale of a small two-bedroom cottage listed for $525,000. She received five offers within a week.

Demand has increased, Mr. McCloskey said, as people have begun to see the North Fork as a lower-cost alternative to the Hamptons, on the South Fork. But, he added, Cutchogue has more high-end, high-priced real estate than other hamlets: “There’s a million-dollar premium to walk out onto a proper sandy beach.”

Lisa Gillooly, a broker with Compass, helped Steve and Danielle Porto find the vacation house they bought last summer on Nassau Point, which has some of the most dramatic waterfront views on the North Fork.

The Portos, who are both 37, grew up in the Long Island town of Huntington and now live in Garden City. They have three young children, and large extended families on both sides. Mr. Porto is an investor in renewable energy; Mrs. Porto is a psychotherapist. After a few summer rentals on the North Fork, they were looking for a year-round house where their families could gather and there would be “free space for the children to explore nature and run around with their cousins,” Mrs. Porto said. After a lengthy search, they closed on a five-bedroom, five-bath, shingle-style house with a pool and sweeping views of Peconic Bay for $3.5 million.

Joey Clark, 35, and her husband, Brian, 39, were among the masses seeking more space once Covid hit. Working from home in their West Village apartment, she said, “it felt like the walls were closing in.” They looked for a year and a half (and bid on another property) before they bought a four-bedroom shingled colonial house on a quiet Cutchogue road between two vineyards — the first home they have owned. The sale price was $1.275 million.

Aside from the grand and more modest beach houses on Nassau Point — a mix of modern and traditional architecture — Cutchogue has farmhouses, ranches and cottages.

In addition, Harvest Pointe, a condominium development for those 55 and older, started building and selling two- and three-bedroom units in 2018. All but six, including the models, have been sold.

Connie and Vincent Monteforte moved into the complex after living in Southold for 20 years. “It’s a young, active senior group,” Mrs. Monteforte said, extolling amenities that include a swimming pool, clubhouse and the inevitable pickleball courts. “I feel like I live in a college dorm without the exams.”

They’re not the only North Fork residents who have moved into the development after downsizing. “It used to be we lost our patrons when they got older,” said Mariella O. Ostroski, the local-history librarian at the Cutchogue New Suffolk Free Library, which is part of a complex of historic buildings on Route 25. Now, she said, “they move to Harvest Pointe, and we still see them. It’s been great for that continuity.”

During the first week of May, a search on Zillow turned up 15 properties, including five at Harvest Pointe. One, a church complex with a six-bedroom house, was listed for $3.6 million. The others ranged from a three-bedroom ranch house surrounded by farmland, listed for $799,999, to a three-bedroom creek-side house with a dock, listed for $1.995 million.

“We are coming off accelerated rental prices during Covid,” Ms. Gillooly said. “Folks were paying top dollar and extending for a long season and sometimes a whole year.”

This year, as the pandemic has begun to recede, she added, the “rental market is off from last year’s. There are quite a few things that are not yet rented.”

Farming and fishing are the lifeblood of Cutchogue, and locally sourced food is a major draw for newcomers and longtime residents. Braun Seafood Company recently reopened its restaurant, with a new chef and picnic-table seating under a tent. At 8 Hands Farm, in an airy barn, patrons can buy meats, bread, soft custard and yarn made from the wool of sheep grazing in the fields out back. During the summer, Friday is Burger Night at McCall Wines, one of several scenic vineyards with tasting rooms. Wickham’s Fruit Farm has a popular farm stand, pick-your-own options, a cider mill dating to 1902 and a family history that goes back to the 17th century. Its doughnuts are standouts.

Sugar-sand beaches in Cutchogue, nearby Peconic and tiny New Suffolk, as well as at the causeway to Nassau Point, look out over Peconic Bay to the South Fork. On the north side, Oregon Road, which traverses vineyards and farmland, is a favorite of cyclists. The 51-acre Downs Farm Preserve, which includes Fort Corchaug, a 17th-century Native American settlement, is a National Historic Landmark. Gardeners pull painted wagons through a maze of outdoor aisles of annuals and perennials at Trimble’s Nursery. The hamlet also has a King Kullen supermarket and a Christmas tree farm.

Jessica Kelleher, 39, a yoga teacher and food-prep chef, grew up in Cutchogue. After living in Westchester, she moved back to raise her three sons in a house on land her parents bought in the 1970s. “It’s lower key here,” she said. “The big events are the Strawberry Festival and the Fire Department barbecue.”

Ursula XVII (pronounced Disset), who has worked as a pastry chef in renowned restaurants in New York, Europe and on the North Fork, calls Cutchogue “a chef’s dream.” She recently opened Atelier Disset, a tiny chocolate shop in Cutchogue, down the street from the vintage Cutchogue Diner, a local landmark, and makes her high-end chocolates a few miles away, in a small factory complex she shares with North Fork Potato Chips.

Cutchogue East Elementary School has 480 students in kindergarten through sixth grade. The enrollment at Mattituck Junior-Senior High School, serving seventh through 12th grades, is 580. In 2021, the graduation rate was 91.5 percent, and average SAT scores were 559 for reading and writing and 601 for math, compared with statewide averages of 526 and 531.

The Mattituck-Cutchogue Union Free School District also has a prekindergarten program and is planning for a class of about 27 students in the fall of 2022; students are chosen through a lottery.

Cutchogue is roughly 90 miles from Midtown Manhattan, about two hours or more by car, depending on traffic. The Hampton Jitney stops there several times daily; tickets are $29 one way, prepaid, or $36 on board.

The Long Island Rail Road stops three or four times daily in Mattituck and Southold, on either side of Cutchogue; the ride to Manhattan takes about two and a half hours and costs $22.25 one way off peak, or $30.50 at peak travel times.

During the Civil War, the congregation of the venerable Cutchogue Presbyterian Church split in a disagreement over slavery, said Ms. Ostroski, the local-history librarian. A group of abolitionists left, becoming the Independent Congregational Church and Society; in 1862, they built a church of their own. After the war, the group returned to the Presbyterian Church. That 1862 structure is now part of the Cutchogue New Suffolk Free Library.

No Dismissal: Publix Will Should Reply Claims Over Worker’s Dying From...

Properties for Sale in Manhattan and Brooklyn