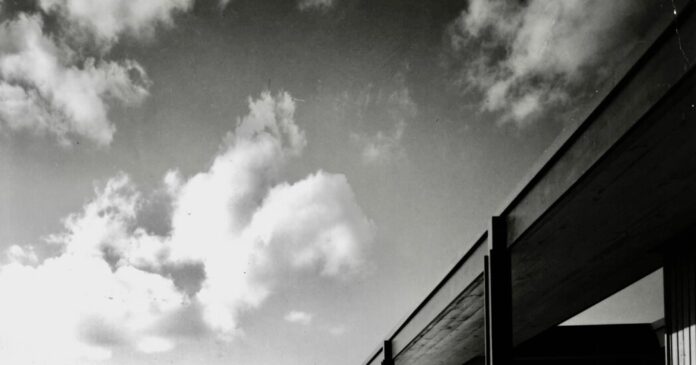 Timothy Godbold, an interior designer based in Southampton, used to just be an enthusiastic fan of the angular modernist homes perched atop dunes near his house. And, sometimes, when he discovered an early architectural gem that really excited him, he’d share a photo with his followers on Instagram.

But in March 2020, after he posted an image of a home designed by the architect Norman Jaffe in 1977, known as the Lloyds House, a fellow designer responded with a comment that stunned him: “He was like, ‘Oh, yeah, we knocked that one down a couple of years ago,’” said Mr. Godbold, who believed the Jaffe house was a masterwork.

Mr. Godbold said he began looking for a preservation group that was working to prevent similar tear-downs in the future, “thinking there had to be, like, 20 nonprofit conservancies out here, like a Norman Jaffe conservancy and a midcentury conservancy, and that I could just add my name and give them a few hundred bucks a year,.”

But he quickly learned there was no such group to join. Even worse, many important homes were already gone and more were being routinely demolished to make way for sprawling new mansions, he learned from Alastair Gordon, a journalist, author and curator who has spent much of his career chronicling Hamptons architecture in books, including “Weekend Utopia” in 2001 and “Romantic Architect: The Life and Work of Norman Jaffe, Architect” in 2005.

As Mr. Jaffe’s son, Miles Jaffe, described it: “Norman is a big part of the non-preservation story. Very little of what he designed remains, and what does is often butchered.”

Mr. Godbold decided he couldn’t just let it drop and, somewhat reluctantly, took up the mantle of Hamptons preservationist. By June 2020, he had started Hamptons 20 Century Modern, an organization that began as an Instagram account and website dedicated to showcasing 20th century modern architecture in the Hamptons, but quickly evolved into a registered nonprofit undertaking a wider range of activities.

Over the past year and a half, Mr. Godbold has given presentations and organized panel discussions on modern architecture in the Hamptons. He has promoted real estate listings for modern homes on his Instagram feed in hopes of finding sympathetic buyers and has begun organizing dinners for owners of Hamptons houses designed by notable architects (the first one, last September, was for owners of houses designed by Andrew Geller).

In partnership with Hamptons Cottages & Gardens, he has also organized a modernist home tour for Aug. 14, which he hopes will grow into a multiday event in future years.

“My goal is to create something like Palm Springs’ Modernism Week,” Mr. Godbold said, which celebrates that city’s design history with a wide range of tours, lectures and other events that attract throngs of tourists every year.

Last summer, he had the opportunity to put this theory to a test.

Orest Bliss, the owner of a Jaffe-designed oceanfront house at 88 Meadow Lane in the village of Southampton, was seeking permission to demolish the house built in the late 1970s that featured a bold triangular roofline.

Before making a decision, the village’s Board of Architectural Review & Historic Preservation commissioned Mr. Gordon, the journalist, to write a report on the historical significance of the property. When Mr. Godbold heard about what was afoot, he urged his social media followers (at present, Hamptons 20 Century Modern has no official membership and instead consists of a loose group of interested parties) to write letters to express their alarm.

Paul Goldberger, the Pulitzer Prize-winning author and former architecture critic of The New York Times, wrote one letter. Mr. Goldberger’s 1986 book, “The Houses of the Hamptons,” had been an inspiration for Mr. Godbold. Sarah Kautz, the preservation director at Preservation Long Island wrote another. So did the artist Daniel Arsham, who owns a Jaffe-designed house just outside of the Hamptons.

“The fact that there’s no protection for these places is baffling to me, considering that Jaffe had a major retrospective of his work at the Parrish Art Museum, which is only a few miles from this house,” Mr. Arsham said in an interview (the 2005 exhibition was curated by Mr. Gordon). “If it’s celebrated locally in the community and museums, how is that not something worth saving?”

After writing his own letter, Mr. Arsham appealed to his Instagram followers for more. “I posted on my account about what was going on and encouraged my followers to write letters,” he said. “I think hundreds of them did.”

In December, the village board voted to deny a certificate that would have allowed demolition of the house, effectively preserving it, for now.

Ironically, when Mr. Jaffe originally presented his design for the house in 1978, village officials, upset by its avant-garde form, required that landscaping be maintained around the structure “in perpetuity” to obscure it; now, that same design has been recognized as something worth saving.

Of course, the decision involves only one house by one architect. Numerous other structures haven’t been so fortunate, which is why Mr. Godbold is equally interested in celebrating buildings by a wide range of other architects who worked in the Hamptons, including Peter Blake, Charles Gwathmey and Robert Siegel, Myron Goldfinger and Julian and Barbara Neski.

One of the big challenges when it comes to preserving modern buildings is that many municipalities are ill-equipped to consider such recent structures, said Ms. Kautz at Preservation Long Island, because they were newly built, or nonexistent, when the big push to complete historic building surveys occurred after the National Historic Preservation Act of 1966. Those surveys, she added, typically looked at buildings that were at least 50 years old.

But as property values in the Hamptons have skyrocketed, many modern houses are being torn down before they even have a chance to grow old.

“Great midcentury houses that are relatively modest but on fantastic sites are being snapped up, torn down and turned into McMansions,” Mr. Goldberger said. “It’s all about the land, unfortunately.”

Mr. Goldberger lamented the loss of innovative early modern houses, including a home that the celebrated French architect Pierre Chareau completed for the artist Robert Motherwell in East Hampton in 1946, and Philip Johnson’s Farney House in Sagaponack, completed in 1947.

Yes, early modern homes were frequently small, cheaply built and designed as summer escapes, he allowed, but there are still ways to preserve the most remarkable ones, even for moneyed buyers who now want expansive estates.

One option is to keep the original structure as a guesthouse or studio and build bigger next to it, like CookFox Architects recently did when it moved and restored Mr. Geller’s 1959 double-diamond Pearlroth house in Westhampton Beach to make way for a new, larger house on the same property. Or, it’s possible to restore, update and expand in a sensitive manner, like Roger Ferris + Partners recently did for a family that purchased a 1980 Jaffe-designed house in Bridgehampton.

But size isn’t everything, and Mr. Goldberger has been disappointed to see even large, recently built houses crumble under the excavator’s shovel, including ones designed by Mr. Jaffe and Mr. Gwathmey.

“There is such an incredible tradition of modernism there that is just being both literally and figuratively run over by money,” Mr. Goldberger said.

With so much 20th century architectural history being lost, Mr. Gordon said the Hamptons is at something of a crossroads. “The question is: Do you want your community to be just reflective of this great wealth that has come over eastern Long Island in the last 20 years, or do you want to somehow retain a diversity and a mixture of not just economic, but also architectural approaches?” he said. “I think a culturally rich community wants diversity.”

Mr. Godbold hopes more people will soon agree. “Maybe one day there won’t be any reason for me to jump up and down about these houses because everybody else will love them again,” he said. “But until then, I’ll just wave the flag as much as I can.”

Why an NPR Quiz Present Panelist Loves Her ‘Messy Residence’