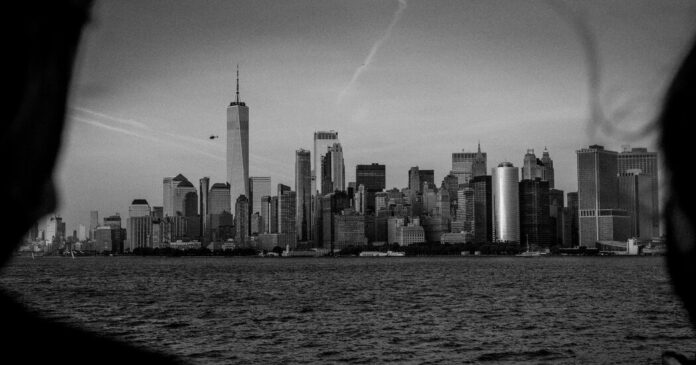 To hear more audio stories from publications like The New York Times, download Audm for iPhone or Android.

The first time I moved to New York, I was an undergraduate, and I tried to make Harlem my home. I had a lot to learn. As a Californian, I thought Chucks were year-round shoes; I wore them even in the snow, letting my toes get stiff on late-night walks from the library or the 116th Street station back to my dorm. By my sophomore year, though, I knew the most important things: where on Malcolm X I could find the shea butter I needed to keep my skin from turning ashy in the winter, the barbershop where I could get a decent fade and the grocery store where I could buy Red Rooster hot sauce.

An earnest literature nerd, I was studying at Columbia because I wanted to be a writer, which meant being like the writers I read as a high school student — Larsen, Hughes, Hurston. And that meant being in Harlem. So I often found myself at Minton’s Playhouse on 118th, or hanging out at to St. Nicholas Park, or soaking up history by osmosis at the Studio Museum. I wanted to become part of Harlem’s long cultural legacy, and the steady stream of arrivals who’d come to New York to transform themselves into who they were destined to be.

This past winter, as I faced the prospect of returning to New York after a decade in California’s Bay Area, I knew I wanted Harlem to be my home again. If I was hoping for a return to the charming literary fantasy that sustained me as a college boy, though, I was out of luck. As I began my search for housing, a broker described the rental market as the worst he had witnessed in his long career. The pandemic — or at least, the city’s patience with fighting it — was coming to an end. My housing search pitched me headlong into a frenzied and undignified reality.

Competitors greeted me at every open house I went to. Like me, they had trawled StreetEasy and Trulia and Craigslist; like me, they had been tempted by digitally placed furniture and airbrushed interiors, fooled by wide-angle photos of spacious living rooms that turned out to feel like crypts. Some eager people arrived clutching application packets, while others bid up the rent. One Saturday afternoon in March, I walked to see a fifth-floor walk-up, which a broker described as a “sizable one bedroom.” It left me deflated: The wood floors subtly sloped toward the apartment’s center, and the bedroom could snugly fit a full-size bed, maybe a small dresser, but nothing else. The bathroom was a closet; I could barely stand in the sole actual closet. When I asked if the dingy walls would be repainted before the unit was rented, the broker, a gangly zoomer in a fur coat, blinked at me. “No, that’s not something the landlord will do,” he said, before pointing out a neighborhood bar that, he promised, served bottomless mimosas at brunch.

$600,000 Houses in Virginia, Kentucky and Missouri

MG Properties Group Closes Out 12 months With Acquisition of 450-Unit...