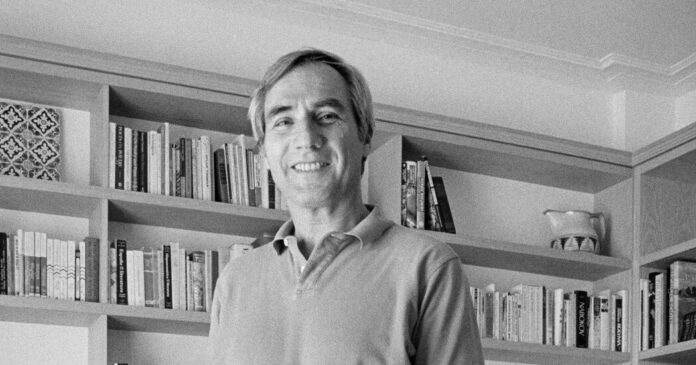 Bernard Marson, who as an architect and developer figured prominently in the transformation of a Lower Manhattan industrial district into SoHo, an affordable neighborhood for artists to work and live before it evolved into an enclave of chic boutiques, celebrity bars and overpriced apartments, died on July 9 at his home in Los Angeles. He was 91.

His death was confirmed by his son, Alexander.

“Mr. Marson was responsible almost single-handedly for the growth of New York City’s SoHo into an artist community and historic district,” Raquel Ramati, who headed the Urban Design Group in Mayor John V. Lindsay’s administration, said in recommending him for a fellowship with the American Institute of Architects.

Mr. Marson was already a prominent architect in the late 1970s when he happened upon the South Houston Industrial District, a 50-block area of five-and-six-story buildings, many with elegant 19th-century cast iron facades. The district had just been spared the wrecking ball when Robert Moses’s plans for a Lower Manhattan Expressway were revoked.

The neighborhood was in transition, ripe for the sort of project that Mr. Marson had undertaken with the Israeli architect Moshe Safdie in Jerusalem: renovating the plaza of the Western Wall and the Jewish Quarter in the Old City from 1974 to 1976.

In Manhattan, many tenants between Houston and Canal Streets, mostly small businesses — twine and paper jobbers, rag converters, window shade and corrugated box manufacturers, and garment sweatshops — were moving to places with lower taxes and labor costs, leaving behind a dwindling industrial base that city officials desperately sought to preserve.

These businesses were being replaced by a burgeoning artists’ colony in the area south of Houston Street, which had already been informally named SoHo. Artist were converting high-ceilinged, undivided loft areas into studios and living spaces — a violation of city regulations in a neighborhood zoned for industrial use.

In the late 1970s, when the city was in an economic slump, Mr. Marson was at the forefront of adapting several former manufacturing buildings to create an entirely new neighborhood.

With other investors, he bought the architect Ernest Flagg’s 12-story Little Singer Building as well as four other buildings, including a former glue factory.

Some of the space was already being used illegally by artists, but Mr. Marson discovered a loophole in what most city officials believed was an ironclad prohibition — an obscure zoning resolution that allowed for “studios with accessory living” in manufacturing districts. To the officials’ dismay, the city’s Board of Standards and Appeals ordered the Buildings Department to allow Mr. Marson to proceed.

What ensued was a protracted legal and administrative conflict. On one side were city officials and some landlords seeking to enforce the zoning law to protect existing tenants and forestall gentrification; on the other, with Mr. Marson at the forefront, were developers and artists’ groups arguing for zoning variances to reflect the new realities of the real estate market.

“This basically legalized what was already happening,” said Peter Samton, an architect and former colleague of Mr. Marson’s. “The unique aspects of his contributions were the melding of architecture and development, which at the time, some 50 years ago, were so uncommon.”

In 1982, state lawmakers passed legislation that Carl Weisbrod, director of New York City’s Office of Loft Enforcement, said would protect 90 percent of loft tenants, including those in the major loft neighborhoods like SoHo, Tribeca and NoHo in Lower Manhattan.

Anthony Schirripa, who was president of the American Institute of Architects’ New York chapter in 2010, described Mr. Marson at the time as “a critical player in the transformation of SoHo from its sweatshop past to its jewel-like present.”

Recent recorded sales in the neighborhood have included a two-bedroom apartment at 561 Broadway going for $4 million and a one-bedroom at 242 Lafayette Street for $2 million.

Bernard Aaron Marson was born on March 21, 1931, in Manhattan to Alexander Marson, an immigrant from Russia who became a paint salesman, and Etta (Germaine) Marson, who worked in a store in Harlem. He was raised in the West Bronx.

After graduating from DeWitt Clinton High School in the Bronx, he earned a degree in civil engineering from New York University’s College of Engineering in 1951. He served as a nuclear weapons officer during the Korean War.

After receiving a degree in architecture from Cooper Union in 1961, he worked with Marcel Breuer as that architect’s site representative during the construction of the Whitney Museum of American Art on Manhattan’s Upper East Side, a Brutalist structure now temporarily housing the Frick Collection while the Frick museum nearby is being renovated.

In his own practice, Mr. Marson was notably commissioned to renovate the 1920s Montauk Manor, the Tudor Revival hotel on the East End of Long Island designed by Schultz and Weaver and built by Carl G. Fisher, who developed Miami Beach, when the hotel was converted into condominiums in the 1970s.

He married Ellen Sue Engelson in 1978. In addition to their son, she survives him, along with their daughter, Eve; and two grandchildren. The couple moved to California in 2017.