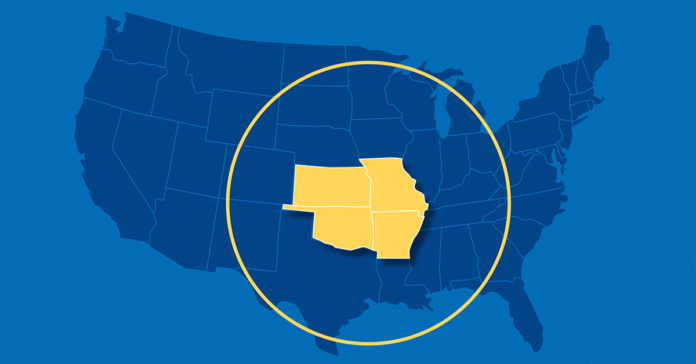 Arkansas is not usually top-of-mind when discussing international real estate opportunities. As a largely rural state with a strong agricultural base, its immigrant population is small compared to other states. But that’s only half the story. Arkansas’ immigrant population grew a surprising 5% percent between 2010 and 2015, ranking fourth among all states in terms of the fastest foreign-born growth rate. The relatively strong economy and low cost of living make it an attractive destination for newly-arrived immigrants.

Immigrants are important to Arkansas’ economic growth. According to the American Immigration Council, immigrants contributed roughly $2.3 billion to the state’s economy in 2018. Foreign-born workers have played a significant role in northwest Arkansas, where thousands support the state’s poultry production, trucking, construction and computer programming sectors.

Arkansas’ immigrant population is expected to continue growing. Forward-looking agents should consider tapping international business and following the trend. Here are ways to identify potential opportunities in your market.

Centrally located in the heart of the Midwest, the state’s economic development leaders have focused on building and maintaining a solid multimodal infrastructure, making it easier and more cost-efficient for international companies to ship to and from Kansas. In CNBC’s annual study on top states for doing business, Kansas ranked #6 for infrastructure. Add to this Kansas’ low operating costs, talented workforce and business-friendly policies, and investors will find the state an ideal location to build or expand their business in the U.S.

While the state’s immigrant population is relatively small, they make up a larger percentage of the workforce. Kansas is becoming more diverse, and immigrant workers are an increasing and vital part of the Kansas labor market.

There are global business influences and opportunities statewide. Use this information to help you identify them.

Missouri sits at the geographic center of the United States population. Its distance from U.S. borders might lead you to believe that it’s removed from global influences—until you take a closer look. Being in the middle also gives Missouri relatively easy access to the rest of the country. Missouri’s central location provides efficient access to both coasts and markets in Canada and Mexico. The state is within 600 miles of many of the nation’s fastest-growing metros, including Austin, Dallas, Houston, Nashville, Oklahoma City and San Antonio, based on recent Census data and within 600 miles of 51% of U.S. households and 50% of U.S. manufacturing establishments.

The metro Kansas City area is at the center of the recent Kansas City Southern Railway acquisition by Canadian Pacific Railway.) The merger created the first U.S.-Mexico-Canada railroad, linking production areas in Mexico with consumers in the U.S. and Canada and enabling the export of U.S. grain and U.S. and Canadian auto parts and refined products to Mexico.

Missouri has long been recognized for its low business costs and high work ethic, in addition to being one of the most tax-friendly states. These qualities have played a strong role in helping it attract businesses and new residents from around the world—many related to initiatives associated with solving important world challenges in agriculture, medicine and healthcare.

If the sweeping melodies of a Rodgers & Hammerstein musical are what come to mind when you think about the state of Oklahoma, think again. Geographically central and culturally diverse, Oklahoma represents prosperity and stability for those who live there and those seeking investment opportunities.

In Oklahoma, foreign investors will find a business ecosystem that supports opportunity and growth. The state is known for its business-friendly political climate and low cost of living. Oklahoma’s industries are diverse—ranging from aerospace and defense to bioscience, manufacturing and film—and supported by a world-class workforce ranked among the top 10 most productive in the U.S.

Located at a crossroads of North America, Oklahoma is within 800 miles of 26 major U.S. cities. Its state-of-the-art infrastructure, which includes four inland ports, 135 public-use airports, 3,850 miles of rail and 12,000 miles of highway, provides easy access to international destinations.

These are just some factors representing global business opportunities for REALTORS® in Oklahoma. Follow these steps to learn more and to pursue international real estate opportunities.

Orient, N.Y.: A Historic Hamlet With a Low-Key Popularity

Capital Sq. Launches $300 Million Fund With Give attention to Floor-Up...

The Coronavirus Impression on Retail Industrial Markets as of June 2020